Pillayar Nonbu is a very unique and important festival for the people of Chettinadu i.e. Naattukottai Nagarathars. On this day Lord Vinayagar/Ganpati is worshiped by observing a fast. It is celebrated once in a year in December, on the 21st day after Thiru Karthikai or Periya Karthikai as the way we call it. The Nonbu / fasting which is for 21 days begins on the Thiru Karthigai day. On these days, only one meal (palagaram) a day is taken.
I hope to write about this function elaborately and in parts, since it is a very important function as far as Nagarathars are concerned and the upcoming children don't seem to have the exact direction of how and why the function is to be done. Hope these posts will be helpful to everyone. So today, in this post I am starting with the Organizing of the function. 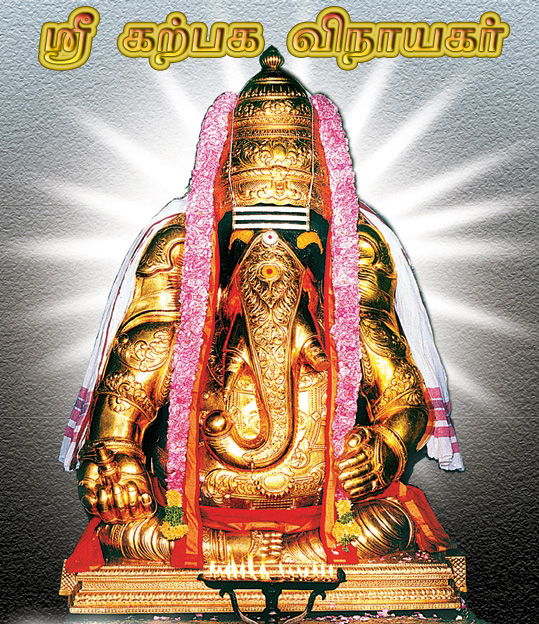 Organizing Pillayar Nonbu.
The 21st day, the last day of the nonbu, is the day when Sashti converges with Sathaya Nakshatram.  It is a day of total fasting and the regular meal recommences after the final prayer has been offered to Pillayar.  During the 21 days a thread from a new Veshti/Dhothi is drawn and kept before the God. On the 21st day all these 21 threads are collected and twisted together to make the wicks needed for the function.
On the day of the Nonbu a special pillayar is placed on the Nadu Veetu Kolam (a special kolam which is put only for auspicious occasions) in the pooja room together with a bunch of auspicious flowers (avvarampoo), tied around a small stick. The pillayar is beautifully decorated with flowers and garlands. The prasadams are placed before the God.
The very important prasadam on this day is Karupatti Paniyaram, which is a paniyaram made using rice, jaggery and karupatti. This dough is also used make small pyramid shaped pillayars with a small wick, consisting of 21 threads, dipped in ghee is kept in centre of the pyramid. This is called Elai. Then comes  Vellai Paniyaram made using raw rice, Ulundu vadai, Thirattupaal made using milk. The other offerings are puffed gingerly seeds, puffed rice, puffed maize, puffed millet, Kadalai(peanuts) urundai, Ellu Urundai, fruits, beetle nut leaves, paaku, etc.
Then the eldest couple make a house using strands of threads dipped in kolamaavu, on the walls of the swami room or where the pillayar is placed. This is called "Thumbu Pidithal".
After all the preparations for the function is over, the ceremony/function is started with the blowing of the sacred conch shell/sangu. The eldest person in the function lights the Elai Lamp i.e. the small pyramid shaped maavu with the wick in the centre. The first one he takes in the name of the God. Then the next one he takes for himself. And then gives one Elai for each those present in the function. It is the custom of the recipients to worship Pillayar, then receive the Elai and swallow it whole which symbolises that the Holy Spirit will become part of the devotee. An expectant mother receives two Elais. The number of Elai should be in odd numbers. Supposing you are 4 members in the family, then the no.of Elai should be 5. If you are 2 or 3 still the number of Elai should be 5.
After the Elai distribution is over, the prasadam distribution is done to the people present in the function. That is the food items which had been placed before the Pillayar during the Poojai.
So this is the way Pillayar Nonbu is celebrated by the Nagarathars of Chettinadu.
To summarise the function.
1) Preparation of the prasadam, mainly Karupatti Paniyaram and Elai Maavu.
2) Nadu Veetu Kolam (Click on the link for the Kolam)
3) Thumbu Pidithal
4) Distribution of Elai by the eldest male member in the group.


Information Source : Nagarathar.co.uk
Posted by Unknown at 10:00 AM

Hi my name is yogesh kumar. I like this blog website due to the quality of a description about presentation of festival. I say thanks to that person who made this
www.today-life-style.blogspot.com